So far we have created two versions of the Journalism Design process. The first was developed at the end of 2016 based on data gathered from students. We presented this concept to a design workshop in early 2017 and redesigned the concept based on insights from participants.

This second version was used in the Journalism Design course in 2017 and we are currently studying the artefacts and reflections of students involved in that course. We will iterate the framework a third time before releasing it.

Use the drop-down below to see our work to date and how the concept has evolved so far. 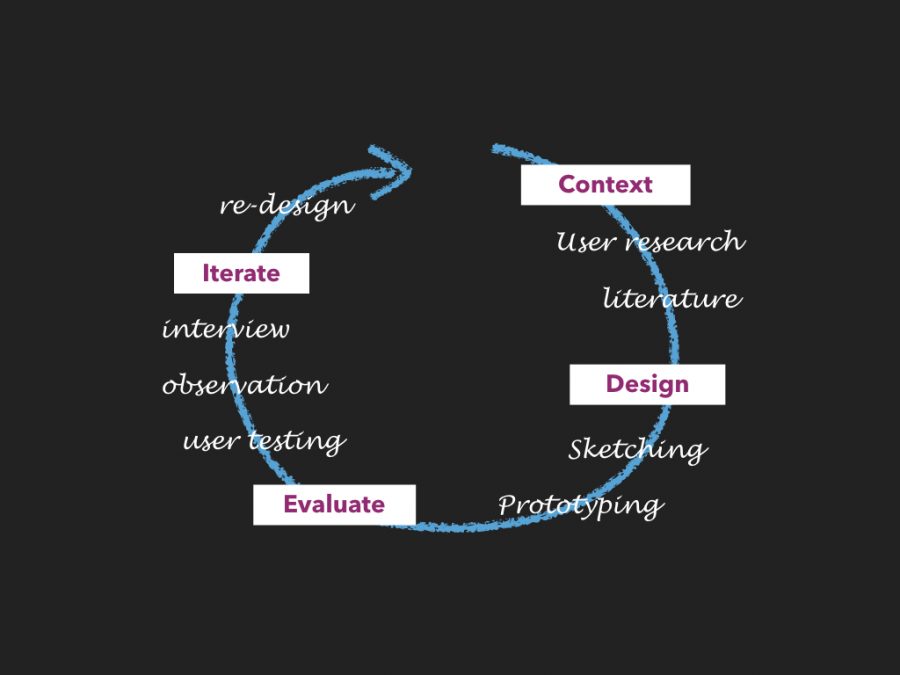 Design process used prior to 2017.

Prior to 2017 we used a diagram of a generic design cycle to explain the process of interaction design to journalism students. This involved phases of contextual research, designing, evaluating and iteration. However, students found this somewhat abstract and we wanted to find a way of linking it more closely to journalistic values. 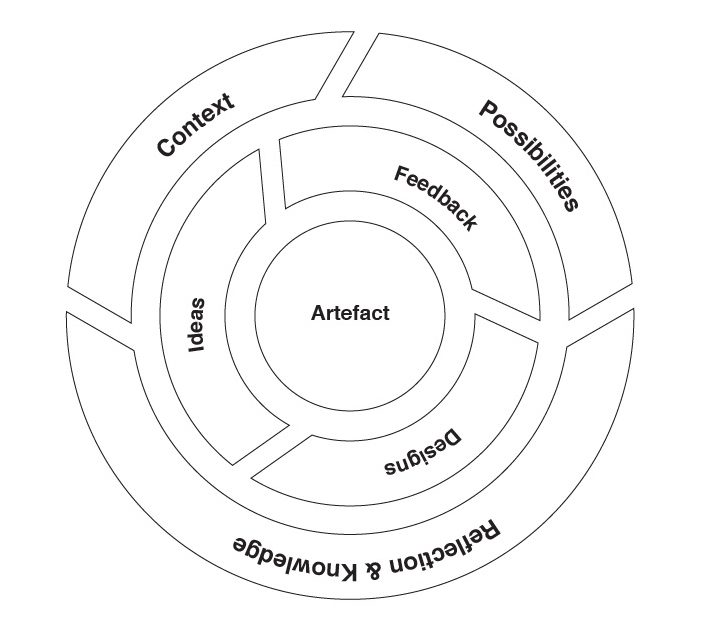 After studying student assessment and conducting interviews we wanted to communicate the importance of the design artefact and the process of creating it. We imagined the artefact as the central component of the framework, surrounded by the key design activities of ideation, designing and seeking feedback. This process would be driven by the design context and technological possibilities and, through reflection, would lead to new ideas for practice. We prototyped this process and gave to a group of students, staff and practitioners to use and evaluate during a design workshop. We left journalistic values out of the design because we wanted to see how and when people applied them in practice. Feedback from the workshop led us to rethink this concept altogether.

New thinking about the structure of the framework.

Workshop participants found the central position of the design artefact in the process difficult to work with. They also pointed out that ideation could result in various design alternatives. This led us to reconsider the circular design as more linear: rather than a contained process, it was an evolving one. Regarding values, the participants suggested that values influenced all parts of the design process and they considered them throughout. To redesign we looked at sketches of the design process that show it as a messy process that starts with uncertainty and eventually results in a design (see the Design Process Squiggle, for example). We also wanted to capture this as an organic process. Many design thinking frameworks are angular, suggesting a rigid set of steps that, if completed in order, will produce the desired outcome. See examples such as Stanford’s design thinking process. We wanted to push back against this. In classes the emphasis is on a process of ideation and interaction that produces a possibility. What students make is less important than how they made it and the judgements made along the way.

Version used by students in the 2017 Journalism Design course.

The second prototype aims to make values a core part of designing for journalism. It aims to step students through the various activities involved in designing and show that many ideas will also emerge. The goal is a design concept, and idea, that itself will evolve through feedback and reflection. We aimed to emphasise design as a process, not an outcome, an that their ultimate goal was to lean something as a result of their designing. We are not settled on this framework, and we are working on it further. 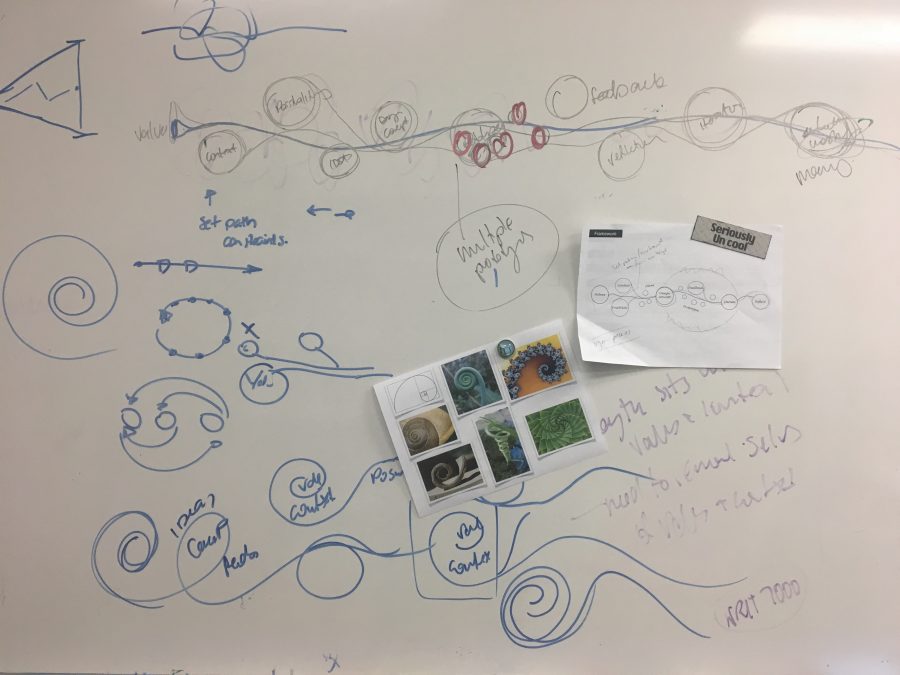 Initial ideas for the final iteration of the process.